“The Chinese are throwing everything they can" at their economy, said John Kilduff, founding partner at hedge fund Again Capital LLC.

“That’s the big key to oil markets, especially when you have OPEC and Russia starting to rein in production."

After massive product builds in the last two weeks, API shocked with yet another huge build in Gasoline and Distilates but a rather disappointing (for oil bulls) smaller than expected draw in crude... 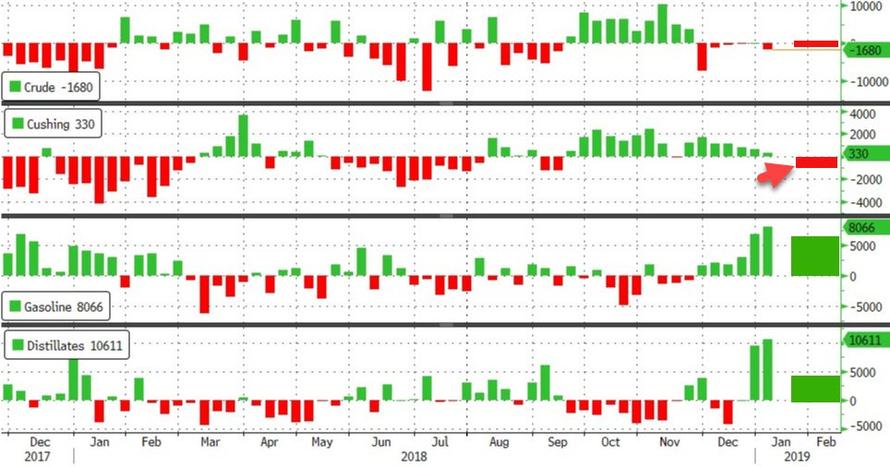 WTI was hovering just above $52 ahead of the API print, but kneejerked lower on the smaller than expected crude draw

“It was very doom and gloom in December but we had no official data to back that up," Petersen said.

“Now the data that’s coming back is not really that bad. It may be pointing toward a slowdown, but it doesn’t look like a contraction, and those are two very different worlds."