Update: 5:30 EST - While Portland PD did a reasonably sufficient job separating the protesters, there were several scuffles which broke out. In one instance, Antifa attacked conservatives who boarded a bus - hitting and kicking it, spraying mace, and throwing a hammer at one point.

dude just broke through a bus window and sprayed mace on them from the inside 😖 https://t.co/cjYyaRsbqb

Earlier, a small group of conservatives were separated from the larger protest and an older man had his American flag snatched by an overweight Antifa.

An old man gets assaulted by Antifa and has his American flag ripped from his hands and thrown to the ground. #PortlandProtests pic.twitter.com/vgugrVVMF4

Update: 2:30 EST - Things are starting to heat up as Antifa and Proud Boys fill the area. Police have already begun to restrain Antifa protesters who are trying to approach the Proud Boys.

.@dcexaminer reporter @Julio_Rosas11 is confronted for wearing a shirt with an American flag on the sleeve. A protester is extremely offended. pic.twitter.com/8KCkjjE3ix

“I didn’t come to talk, I came to bring it out.” Things are getting tense at the antifa protest. Someone hit a man’s microphone to the ground.

I recognize this shirtless man from Seattle last year at another antifa protest. He came up to me and said, “Death is coming.” pic.twitter.com/mzK2i9y5Gl

#Update: Just in - #Portland police are holding back #Antifa, as they seen trying to avoid police to get to the other side of the park at the side of the Proud Boys. pic.twitter.com/uXxCDPXWS3

Portland, Oregon is preparing for more violence between the right-wing group Proud Boys and leftists from Antifa - a group of black-clad left-wing extremists who have instigated several bloody brawls with conservatives. 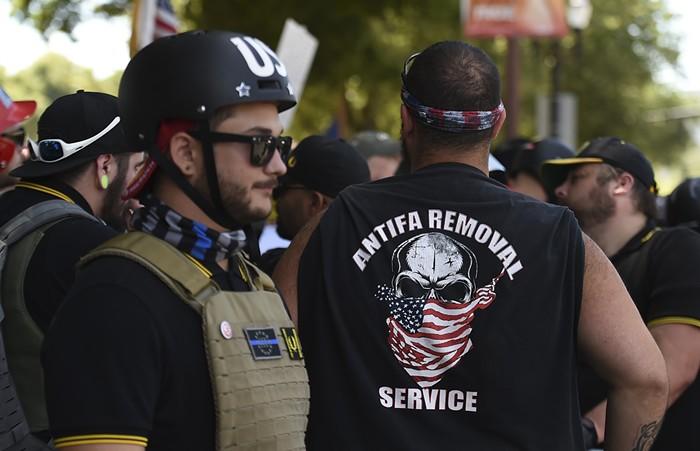 Police learned of the unlicensed protest and the Antifa counter-protest by monitoring social media, according to NBC News, which notes that based on what has been observed, there is concern over possible violence (where masked 100lb basement-dwelling Antifa soy boys get knocked into the next dimension). 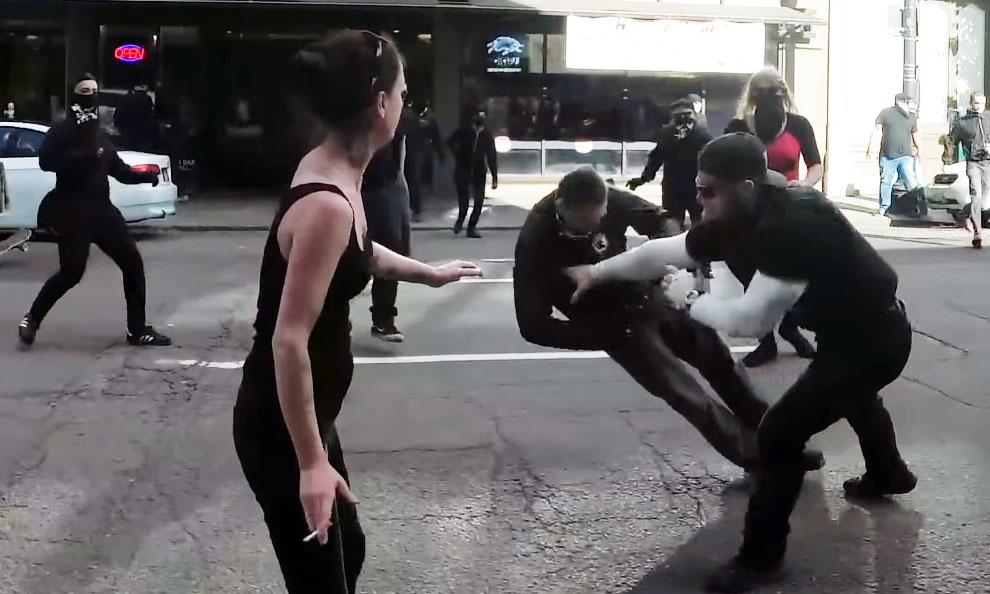 In recent years, Portland has become a magnet for protests, some of them turning ugly. Several groups from the far-left and far-right said they will converge in the city's downtown. Police said its nearly 1,000 member force will be on duty.

"We recognize these events can cause alarm, anxiety and even fear for certain members of our community," said Lieutenant Tina Jones. -NBC News

#Update: The Side of the Proud Boys erupt in a chanting of "USA USA USA" to get a respond or trigger from the other side in #Portland. pic.twitter.com/kpzjJJHgCO

"Major consideration is being given to naming ANTIFA an “ORGANIZATION OF TERROR.” Portland is being watched very closely. Hopefully the Mayor will be able to properly do his job!"

Major consideration is being given to naming ANTIFA an “ORGANIZATION OF TERROR.” Portland is being watched very closely. Hopefully the Mayor will be able to properly do his job!

"I think they come to Portland because it gives them a platform," said Wheeler of why right-wing groups are protesting in Portland. "They know that if they come here conflict is almost guaranteed."

In 2017, a riot between the groups left the city with shattered windows and other property destruction.

From a follower who lives in far-left Portland, where political violence is becoming a way of life. pic.twitter.com/0nPDMuic1f

"It's sad to me because I think that a lot of people that come here to protest don't actually live here or share a lot of values that I believe Portland stands for," said resident Drew Edwards.

The FBI will be on scene out of an abundance of caution, reports NBC.