On Thursday the US Navy announced it has seized a vessel in the Arabian Sea bound for Yemen that was transporting advanced weaponry to Shia Houthi rebels.

Crucially, a CENTCOM statement described the weapons as “of Iranian design and manufacture” and included such advanced arms as Iranian Dehlavieh anti-tank missiles, as well as at least three surface-to-air missiles, drone parts, and weapon scopes. 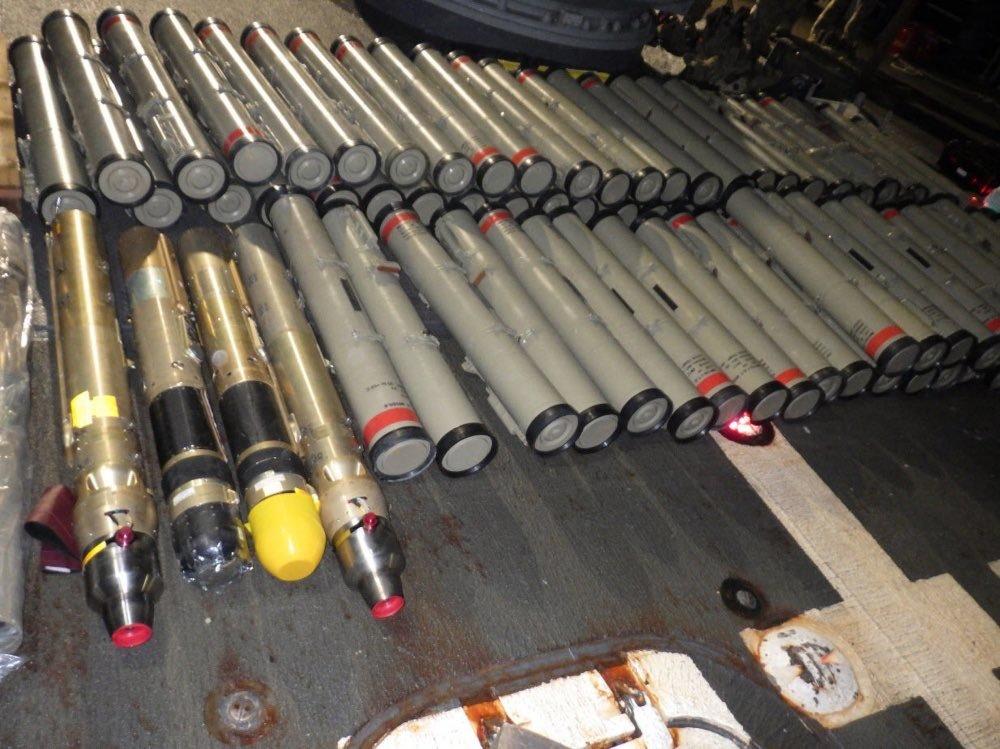 The defense department statement said the intercepted weapons were similar or identical to prior shipments seized in the area, bolstering the US charge that Tehran has long been using Yemen's Houthis to wage a proxy war against the Yemeni government and the Saudis.

"Many of these weapons systems are identical to the advanced weapons and weapon components seized" in the Arabian Sea in November 2019, the statement continued. "The weapons seized include 150 ‘Dehlavieh’ anti-tank guided missiles (ATGM), which are Iranian-manufactured copies of Russian Kornet ATGMs,"

"Other weapons components seized aboard the dhow were of Iranian design and manufacture and included three Iranian surface-to-air missiles, Iranian thermal imaging weapon scopes, and Iranian components for unmanned aerial and surface vessels” the statement described.

"Those weapons were determined to be of Iranian origin and assessed to be destined for the Houthis in Yemen," it said.

Per @CENTCOM, the operation is ongoing, but some images of the dhow and the #Iran-made weaponry has been released pic.twitter.com/jxZANof7Mu

CENTCOM began releasing news of the weapons intercept even as the operation was still said to be "ongoing" by the USS Normandy. The vessel boarded was described as a small to medium-sized vessel.

Importantly, the major haul comes after the Sept.14 Saudi Aramco oil facility attacks, which briefly crippled Saudi oil production, which Washington had promptly blamed on Iran. That attack had involved drones and surface-to-air missiles as well.

Yemen's Houthis had claimed responsibility at the time, but the US blamed Iran for being directly behind the attack. But Washington has also long described the Houthis as taking direct orders from the Islamic Revolutionary Guard Corps - while some independent regional analysts have argued the Shia group is more independent than most in the West believe.