It's absolutely stunning how the Fed/ECB/BoJ injected upwards of $1.1 trillion into global markets in the last quarter and cut rates 80 times in the past 12 months, which allowed money-losing companies to survive another day.

The leader of all this insanity is Telsa, the biggest money-losing company on Wall Street, has soared 120% since the Fed launched 'Not QE.'

Tesla investors are convinced that fundamentals are driving the stock higher, but that might not be the case, as central bank liquidity has been pouring into anything with a CUSIP.

The company has lost money over the last 12 months, and to be fair, Elon Musk reported one quarter that turned a profit, but overall – Tesla is a blackhole. Its market capitalization is larger than Ford and General Motors put together. When you listen to Tesla investors, near-term profitability isn't important because if it were, the stock would be much lower.

The Wall Street Journal notes that in the past 12 months, 40% of all US-listed companies were losing money, the highest level since the late 1990s – or a period also referred to as the Dot Com bubble.

Jay Ritter, a finance professor at the University of Florida, provided The Journal with a chart that shows the percentage of money-losing IPOs hit 81% in 2018, the same level that was also seen in 2000. 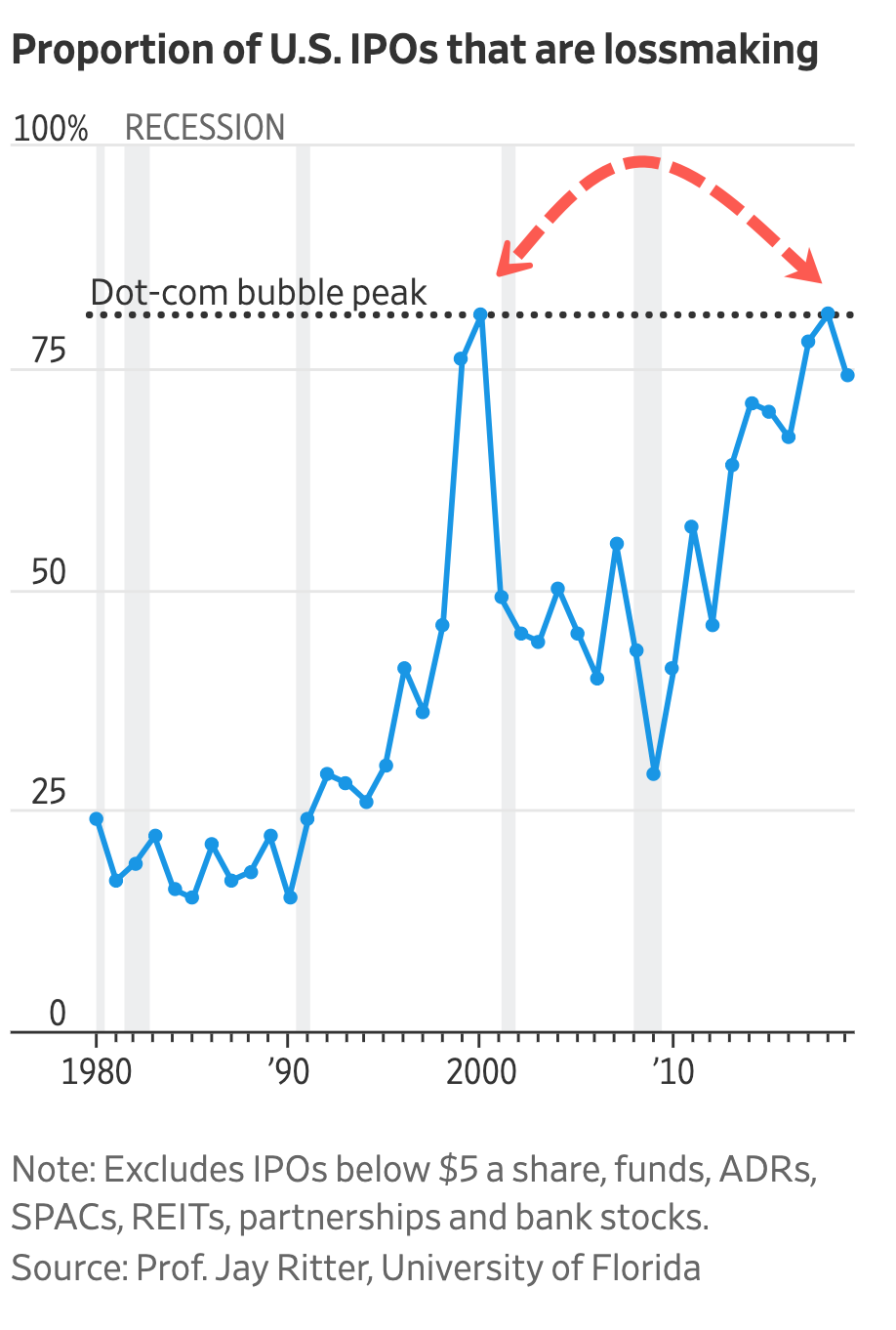 The Journal notes that 42% of health-care companies lost money, mostly because of speculative biotech. About 17% of technology companies also fail to turn a profit.

A more traditional company that has been losing money is GE. Its shares have plunged 60% in the last 42 months as a slowing economy, and insurmountable debts have forced a balance sheet recession that has doomed the company.

Data from S&P Global Market Intelligence shows for small companies, losing money is part of the job. About 33% of the 100 biggest companies reported losses over the last 12 months. 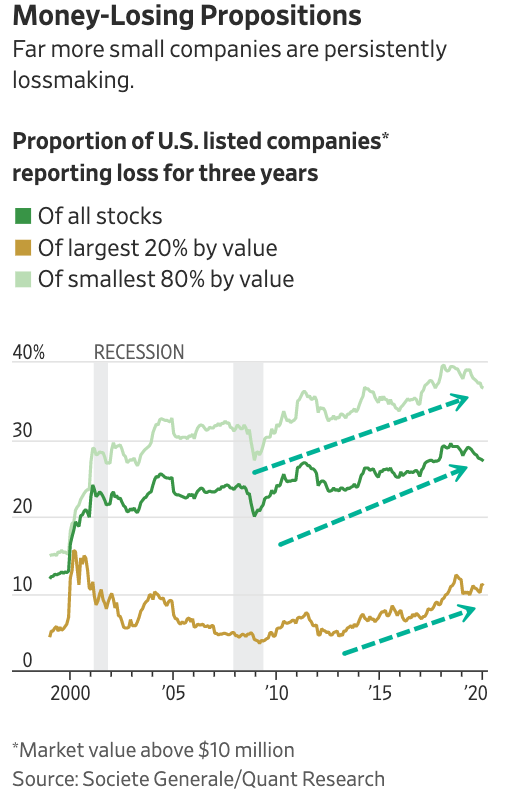 Among the smallest 80% of companies, there has been a notable rise in money-losing operations in the last three years. 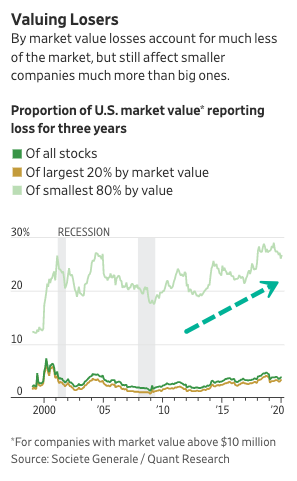 "The proportion of these loss-making companies rose after each of the last two recessions and didn't come down again afterward. The story should be familiar by now: Many small companies are being dominated by the biggest corporates, squeezing them out of markets and crushing their ability to invest for growth," The Journal noted.

And while central bank liquidity has zombified companies, investors are already starting to make a mad dash out of trash into companies that turn a profit ahead of the next recession. 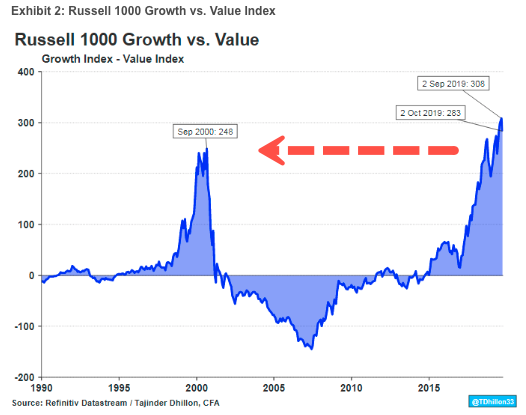