Eric Peters: "This Is The Nightmare Scenario For The Next Fed Chair"

While we will have much more to share from the latest weekend letter by One River's Eric Peters shortly, we found the following section on inflation vs asset bubbles - a topic which BofA's Michael Hartnett has been focusing extensively on in the past year and which serves as the basis for the "Icarus Rally" - particularly notable as it explains all of today's comments from Janet Yellen and other central bankers, discussing why it is only a matter of time before inflation returns, as the alternative, as Peters' explains, is a world in which yields simply refuse to go up, leading to a nightmare scenario for the next Fed chair, who will be forced to pop the world's biggest asset bubble.

Ron Paul: "The Fed's Massive Bubble Is Creating A World Of Economic Pain"

There shouldn't be a Federal Reserve, but it exists, and it's constantly creating a world of economic pain.?

Economists and social scientists have gathered multitudes of data about Millennials’ tendency to delay the traditional milestones of maturity (starting a career, getting married, buying a home, having kids) in favor of a prolonged adolescence.

Q3 Earnings Season Begins This Week: Here Are The 3 Things Goldman Clients Are Focusing On

It's that time in the quarter again: 3Q earnings season begins this week with Wall Street consensus expecting S&P 500 EPS growth of just 5% (3% ex-Energy), a sharp drop from the last two quarters (Q1 was+14% and Q2 +11%). According to Goldman's Davis Kostin, "solid economic activity coupled with a weak USD will support sales growth of 7%, consistent with the past two quarters." The Goldman strategist also expects margins to slip slightly to 9.7% but remain near record highs, and that "investors will ignore the EPS slowdown given one-time hurricane effects and the focus on benefits from corporate tax reform." 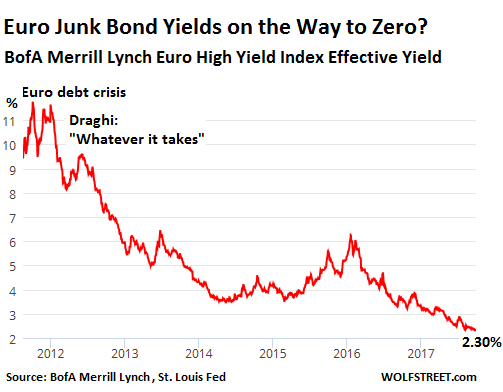 Richter: "The Pricing Of Risk Is Kaput"