Update: Having apparently decided that, since it can't stop CEO Adam Neumann from pressing ahead with his ill-fated IPO, it might as well do what it can to stanch the bleeding, Soft Bank is reportedly considering buying up to $750 million worth of WeWork shares in the offering - roughly one-fourth of the $3 billion WeWork is seeking to raise - to try and avoid, or at least delay, a massive on-paper loss.

Soft Bank is WeWork's biggest backer. During its last funding round, the Japanese telecoms giant with a VC arm valued WeWork at $47 billion. Reports published earlier today suggested that WeWork might accept a valuation as low as $10 billion simply to get the deal done, an alarming sign of just how badly the cash-burning startup needs more capital to keep on functioning.

SoftBank Group Corp. plans to buy at least $750 million of the shares in WeWork’s impending IPO, a move that could allow the office-sharing company to shore up an offering that has been plagued by tepid investor demand.

The Japanese technology conglomerate, already the biggest investor in WeWork’s parent, would end up with 25% or more of the shares sold in an offering that’s expected to raise at least $3 billion and value the startup at between $15 billion and $20 billion, according to people familiar with the matter.

That is significantly lower than the $47 billion valuation SoftBank bought in at earlier this year, reflecting skepticism over WeWork’s governance and ability to reverse steep losses.

The situation is still fluid, and there is no guarantee there will be enough overall demand to enable the company to pull off the beleaguered offering—or that it will achieve a valuation within the range that’s currently envisioned, some of the people said.

Of course, as WSJ notes, none of this is set in stone, and whether the company goes ahead with the IPO is still an open question. But as of late Friday, it appears that the offering is full steam ahead.

Meanwhile, Business Insider has compiled what it describes as the "definitive" timeline of WeWork's valuation.

WeWork's $1 million seed round in October 2011 was led by DAG Ventures and came with an undisclosed valuation.

Less than a year after its seed round, WeWork raised its Series A in July 2012. The $17 million round, which valued the startup at $97 million, was led by an undisclosed group of investors.

WeWork also did not publicly disclose investors for its $40 million Series B in May 2013. The round valued the burgeoning startup at $440 million post-money.

The coworking startup officially crossed into unicorn territory in February 2014 with its $150 million Series C. The round valued the company at $1.49 billion and included JP Morgan Chase, Harvard Management, Benchmark Capital, and Mort Zuckerman.

Within ten months of its Series C, WeWork raised another $355 million in Series D funding from T. Rowe Price, Wellington Management and Goldman Sachs, in addition to follow-on funding from the Series C investors. The round valued WeWork at $5 billion.

By June 2015, WeWork had already moved on to late-stage private funding with its $433.93 million Series E from Fidelity. The other investors in the round were not publicly disclosed, but the round valued the startup at $10.23 billion.

WeWork pursued its first round of debt financing in April 2016 with Wells Fargo. The undisclosed amount of financing did not alter the startup's valuation from its most recent venture round in June 2015.

The debt financing in early 2016 bought WeWork time to finalize its $690 million Series F venture round by October 2016. The round valued the company at $16.9 billion and was led by Legend Holdings and Hony Capital. All existing public investors also participated in the round.

An undisclosed group of investors sold $1.3 billion worth of WeWork shares to SoftBank's massive Vision Fund. The transaction did not alter WeWork's valuation.

Softbank purchased another $1 billion worth of WeWork shares in January 2019 from undisclosed investors and WeWork employees. At an even $20 billion valuation, the round gave WeWork a lower post-money valuation but a higher pre-money valuation than the Series G funding round 18 months earlier.

SoftBank's purchase of insider shares was completed in connection with a $5 billion primary investment into WeWork that valued the company at $47 billion, more than double its previous valuation, according to Pitchbook.

The round included $1 billion in convertible debt and a $3 billion warrant agreement, according to Pitchbook data.

WeWork got $110 million in debt financing from Citizens Bank and Pacific West Bank in May 2019. The financing did not change the startup's previous $47 billion valuation.

WeWork indicated in its S-1 filing that it planned to raise $1 billion in its IPO, though that number was likely a placeholder. The company did not provide details on the numbers of shares it wanted to sell or the price and valuation it was seeking.

The We Company's underwriters must be having serious trouble securing orders for WeWork's planned IPO, because in what is at least the fourth reported downgrade to the company's valuation in less than 10 days, Reuters reports that the company might try to sell its shares with a valuation as low as $10 billion during the IPO, just one-fifth of the $47 billion from its last private fundraising round in January.

WeWork owner The We Company may seek a valuation in its upcoming initial public offering of between $10 billion and $12 billion, a dramatic discount to the $47 billion valuation it achieved in January, people familiar with the matter said on Friday.

In a scramble to save the offering (which the company's biggest private backer, Japan's Soft Bank, has reportedly turned against) WeWork offered a handful of marginal governance changes that would dilute the control of CEO and co-founder Adam Neumann in a modified prospectus released on Friday (we detailed those changes earlier here). 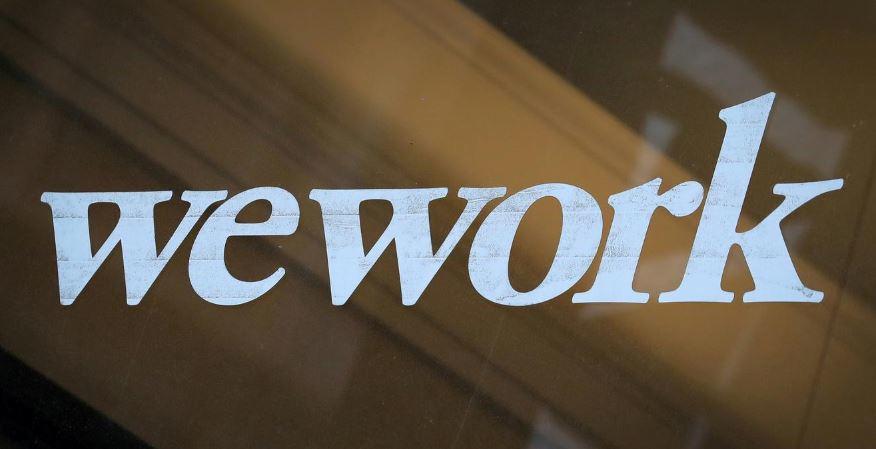 These changes included reducing the voting power of the Class B and C shares that company insiders like Neumann would exclusively control. Concerns about the company's governance have been cited by potential investors as one reason why they might balk at paying such a large premium for a company that has never turned a profit in its 9 years of existence, despite raising $12 billion in private venture backing. The company also revealed that it would debut on the Nasdaq (that is, if the IPO still happens).

As Reuters points out, this latest proposed valuation indicates that the company isn't confident that the governance changes it unveiled on Friday were substantial enough to assuage investors' concerns.

Of course, the post-IPO struggles of other unicorns including ride-share companies Uber and Lyft probably haven't helped whet the market's appetite for yet another unprofitable unicorn. Yesterday, SmileDirectClub tumbled 12% during its market debut, becoming the first company since the financial crisis to see its shares sink during its opening day after raising more than $1 billion in an IPO.

Once again, WeWork declined to comment on the latest speculation about its IPO valuation. And though the company appears to still be preparing for an IPO, Reuters anonymous sources cautioned that a decision about the offering valuation (and, presumably, whether the company will even proceed with the offering) has been made. The company is expected to begin its pre-IPO roadshow next week, with a possible offering coming the week of Sept. 23.