Since September 17, the Federal Reserve Bank of New York has pumped billions of dollars into the repurchasing (repo) market, the first such intervention since 2009. The Fed has announced that it will continue to inject as much as 75 billion dollars a day into the repo market until November 4 [ZH - and today, Fed Chair Powell confirmed the ongoing buying of T-Bills in what he demanded the American public not call QE]. 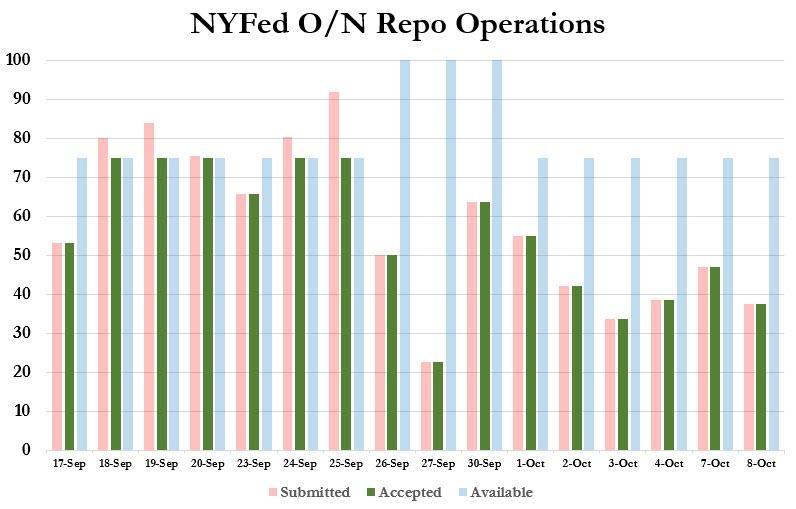 The repo market provides a means for banks that are temporarily short of cash to obtain short-term (usually one day) loans from other banks. The Fed’s interventions were a response to a sudden cash shortage that caused interest rates for these short-term loans to climb to 10 percent, far above the Fed’s target rate.

One of the factors blamed for the repo market’s cash shortage is the Federal Reserve’s sale of assets it acquired via the Quantitative Easing programs. Since launching its effort to “unwind” its balance sheet, the Fed had reduced its holdings by over 700 billion dollars. This seems like a large amount, but, given the Fed’s balance sheet was over four trillion dollars, the Fed only reduced its holdings by approximately 18 percent! If such a relatively small reduction in the Fed’s assets contributed to the cash shortage in the repo market, causing a panicked Fed to pump billions into the market, it is unlikely the Fed will be continuing selling assets and “normalizing” its balance sheet.

Another factor contributing to the repo market’s cash shortage was a major sale of US Treasury securities. Sales of government securities leave less capital available for private sector investments, increasing interest rates. This “crowding out” effect provides one more justification for the Federal Reserve to pump more money into the markets.

The American people are not even allowed to know what banks benefited from the Fed’s intervention in the repo market, or what plans the Fed is making for future bailouts — even though the people will pay for those bailouts either through increased taxes, debt, or the Federal Reserve’s hidden inflation tax when the next crash occurs. Of course, the average people who will lose their savings and their jobs in the next crash will not be bailed out. This is one more reason why it is so important Congress takes the first steps toward changing monetary policy by passing Audit the Fed.

The need for the Fed to shove billions into the repo market to keep that market’s interest rate near the Fed’s target shows the Fed is losing its power to control the price of money. The next crash will likely lead to the end of the fiat money system, along with the entire welfare-warfare state. 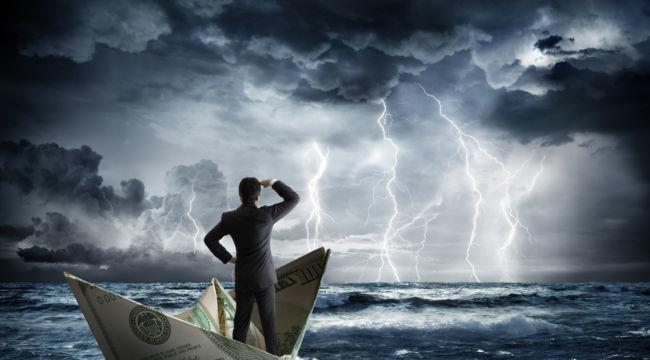 Those of us who understand the Fed is the cause of, not the solution to, our problems must redouble our efforts to educate our fellow citizens on sound economics and the ideas of liberty. This way, we can create the critical mass necessary to force Congress to cut spending, repeal the legal tender laws to restore a free market in money, and audit, then end, the Fed.