A Muslim cleric in East Java who was about to participate in the ritual slaughter of animals to celebrate the Islamic festival of Eid was killed after one of the cows fought back. 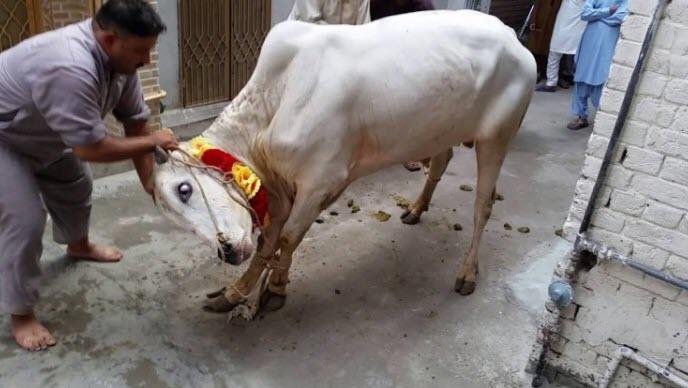 The 64-year-old man, known as Sureki, was about to take part in the sacrificial butchering of four cattle and 17 goats as part of a ritual for the Islamic Day of Sacrifice at a mosque in Blitar.

However, one of the cows escaped from its tethering and ran at full speed 100 meters towards Sureki.

“The cow suddenly ran toward him and struck [Sureki’s] chin with its head,” an eyewitness told The Jakarta Post.

“The cow is big and fierce. Its leash was broken when it tried to escape,” he added.

Sureki fell backward and hit his head, rendering him unconscious, before being rushed to hospital.

Sureki was in a coma for three days but doctors couldn’t save him. He was the head of a chapter of the country’s largest Islamic organization.

Despite the tragic nature of the death, most respondents to the Jakarta Post article didn’t express much sympathy for Sureki.

One such voice is comedian Ricky Gervais, who tweeted yesterday that such barbarism shouldn’t be condoned simply because people claim it to be part of their faith or culture.

There is a war on free speech. Without your support, my voice will be silenced. Please sign up for the free newsletter here. Donate to me on SubscribeStar here. Support my sponsor – Turbo Force – a supercharged boost of clean energy without the comedown.