Bernie Sanders and Joe Biden are having an old man fight. 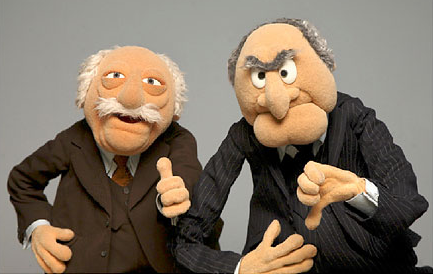 In truth, Biden said that Ryan was "correct" to have gone after Social Security and Medicare - as it's "the only way" to make the numbers work, though the former VP later clarified that America needs a progressive tax code that "raises enough revenue to make sure that the Social Security and Medicare can stay - still needs adjustments, but can stay."

Politifact didn't say the video was doctored, though they did suggest that Sanders had mischaracterized Biden's comments. Interestingly, Politifact omits Biden's mention that Social Security and Medicare would 'still need adjustments.'

Sanders' campaign hit back in a Saturday statement from Campaign Manager Fritz Shakir, who said "Joe Biden should be honest with voters and stop trying to doctor his own public record of consistently and repeatedly trying to cut Social Security," adding "The facts are very clear: Biden not only pushed to cut Social Security — he is on tape proudly bragging about it on multiple occasions."

Biden, meanwhile, said on Saturday "It is simply a lie, that video that’s going around. And ask anybody in the press, it’s a flat lie. They acknowledged that," adding "This is a doctored tape. And I think it’s beneath him. And I’m looking for his campaign to come forward and disown it. But they haven’t done it yet."

Politico set the record straight on Saturday, noting that the video was not doctored, and that Biden has a "long-standing record of entertaining cuts" to the programs - only for MSNBC to peddle the 'doctored video' accusation on air. Sanders speechwriter David Sirota called them out over Twitter on Sunday.

Your reporting is wildly inaccurate. Politico directly debunked this. You owe us an apology and a correction.

We’re disappointed that you spent 40 years trying to cut Social Security and now you’re trying to erase your record. Sorry, we’re not letting you get away with that, because we need a nominee against Trump who has a much stronger record. #BidenSocialSecurityCuts pic.twitter.com/rcOjz5xrEb

WOW — MSNBC just reported that @JoeBiden is now refusing to answer reporters’ questions about all the times he has openly bragged about trying to cut Social Security. Watch the clip:#BidenSocialSecurityCuts pic.twitter.com/0LKokaGHDG