Here's What The Quants Are Missing

Say you can only swim 1 kilometer and after that you'll drown. If I drop you 990 meters offshore you'll survive. You won't ever buy me a drink, and I may have to walk on the other side of the street when I see you coming, but you'll survive.

If, on the other, hand I drop you 20 kilometers offshore, you're shark food. You'll drown.

It's the same with the quantitive data: at some point it becomes meaningless for us to assess an outcome.

Researching history provides us with both quantitative as well as qualitative information. It's one reason market observers should spend at least as much time studying history and psychology as they do economics.

As I sit here today, I believe that the quantitative data has become less meaningful while the qualitative aspects remain terribly misunderstood. And this, my friends, is where all the important shifts are taking place.

It's faded from the soundbite-driven bimbo-fronted news channels now but do you remember the dispute between China and some of its neighbours: Brunei, Malaysia, Taiwan, and the Philippines earlier this year?

The source of the tiff?

Who owns the "Spratly Islands".

When the Permanent Court of Arbitration ruled in favour of the Philippines, retaliation from everyday Chinese was tribal. And I mean that in the literal sense.

Understanding that the US had a strong hand in the decision, they vented their anger by smashing iPhones, boycotting Pizza Hut, KFC, and McDonalds - all symbols of America.

On the face of it this behaviour is as irrational as sending your own child to their room because the neighbours snotty nosed brat stuck chewing gum under your dining room table.

When looked at it from a quantitative analysis perspective, it makes no sense. For example, KFC employs thousands of Chinese. Ditto any other US firms in the country. And Apple's largest market is China, which overtook the US this year.

But most importantly, none of those companies had anything to do with the Court's ruling against China and in favour of the Philippines. In fact, I'll wager that management of these companies only found out about the Spratly Islands issue when they were suddenly "inexplicably" under attack.

Again, if you're crunching numbers, evaluating the quantitative, none of this makes sense. I'm all for boycotting KFC and McDonald's, and in fact I do but only because I want to buy food and they don't sell any. It'd make more sense smashing up coconuts imported from the Philippines and using the iPhones to take photos of them.

Answers to these events then clearly can't be found purely in any quantitative analysis.

The Curse of Experts

One reason so many of the market shifting events such as Brexit seem to come from left-field is due to the developed world's education system.

Robots are really, really good at doing what they are programmed to do, regardless of external stimuli. And specialisation has created entire industries of people who think and act like robots.

This is the curse of experts. By definition, experts are not generalists and as such focus on their chosen niche. Their education quite literally guarantees a single focus. This is useful when performing, say, an eye surgery, writing software, or painting but it leads to myopia when attempting to understand a dynamic ecological system such as a rainforest or indeed financial markets.

There are many things which, when reviewing data alone, cannot give us an adequate understanding of future probabilities. We need to focus on the many behavioural aspects which are a result of and interact with the quantitative data.

The legendary generalist Buckminster Fuller summarised this decades ago:

“We are in an age that assumes that the narrowing trends of specialization to be logical, natural, and desirable… In the meantime, humanity has been deprived of comprehensive understanding. Specialization has bred feelings of isolation, futility, and confusion in individuals. It has also resulted in the individual’s leaving responsibility for thinking and social action to others. Specialization breeds biases that ultimately aggregate as international and ideological discord, which in turn leads to war.”

In the example of the Chinese reaction to the Court's decision over the Spratly Islands, those Chinese were expressing patriotism, something often expressed by lashing out at those considered to be enemies. This is not something any quant driven algo will pick up.

The connection between the Court ruling on the Spratly islands and US businesses in China is only understood by looking at the qualitative aspects of human behaviour, tribalism, nationalism, patriotism, and combining those with the quantitative aspects.

This is how divisions along ethnic and tribal lines get drawn. When the quantitative pushes human beings to act in ways which cannot be understood by anything other than behavioural psychology.

I've been making the case that we are going to witness this in a rising nationalism (a consequence of crony capitalism which has destroyed the middle class), coupled with Western foreign policy discussed a few weeks ago when I outlined the 7 steps to the easiest short in recent history. This policy alienates and further divides along ethnic, religious, and tribal lines.

And this is what we need to be focused on right now.

We all know the quantitative but let's cover some of the main drivers we all know about: 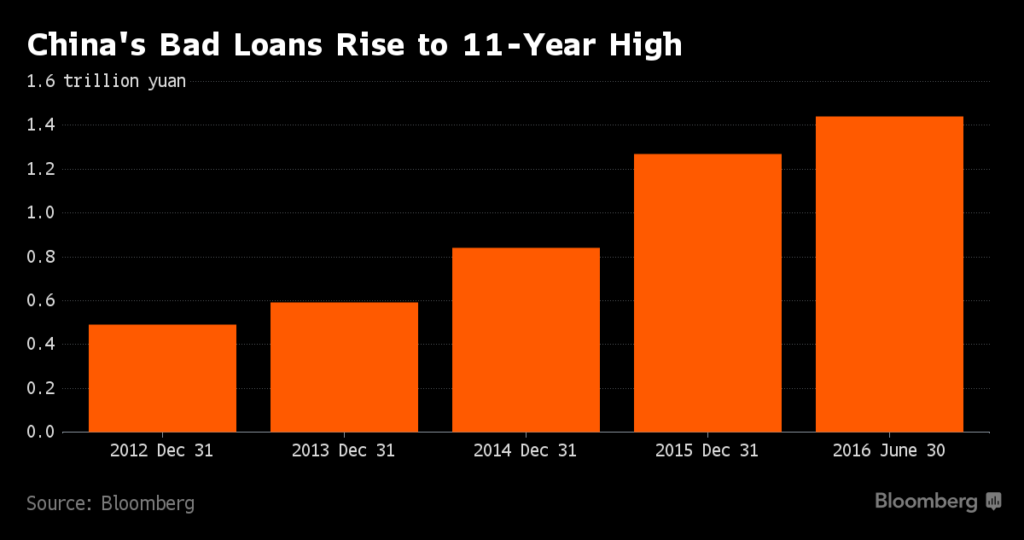 Now for the qualitative:

All this is over the very near horizon and precious few investors and money managers are focusing on these issues, instead watching and waiting to see what the chubby lady says in next week's Open Market's meeting or what the BOJ does a week later.

I expect those who do pay attention to the qualitative forces at play will be handsomely rewarded for their vigilance.

Liked this podcast? Don't miss our future articles and podcasts, and