Authored by Mark Glennon via Wirepoints.org,

“What we are seeing in global warming is the evaporation of our Great Lakes.”

That was Illinois Senator Dick Durbin in 2013 when Lake Michigan was at a record low. You can find plenty of claims to the same effect from the time. Nobel Prize winner Al Gore chimed in around then, too, saying climate change was driving Great Lakes levels down by causing evaporation.

But that was then and this is now. 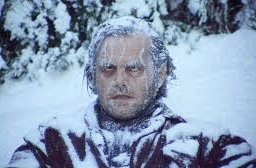 So now, citing “catastrophic lakefront erosion” from high water, Chicago just declared a climate emergency. It’s radical, and is reproduced in full below.

Mayor Lori Lightfoot and Durbin want the federal government to help Chicago pay for damage to its shoreline. Lightfoot’s accompanying statement is reproduced below. You’ll be relieved to see that she’s putting “equity” at the center.

Given that Lightfoot hasn’t exactly been friendly to President Trump, you might be concerned about what reception her request for federal help will get. Per the Chicago Tribune, Lightfoot acknowledged “some concern, of course,” that President Donald Trump won’t see the urgency in sending help to Chicago - a city he has treated as a public antagonist for years — to combat climate change, an issue he hasn’t deemed a high priority.

Why, yes, I’d have some concern, too, of course. She called Trump’s visit to Chicago “insulting, ignorant buffoonery.” Not that he’s vindictive or anything.

And since sustainability is emphasized in Lightfoot’s statement, I’d also have some concern about sustainability of claims about the causes of Great Lakes water fluctuations. I confess to being old enough to remember exceptionally high lake levels in the late 1970s when global cooling was blamed. Going back much further, levels were way up where today’s Ridge Road is in the northern suburbs, which created the ridge (but, no, I’m not that old).

WHEREAS, in April 2016 world leaders recognized the urgent need to combat climate change by signing the Paris Agreement, agreeing to keep global wamiing, “well below 2°C above pre-industrial levels” and to “pursue efforts to limit the temperature increase to 1.5°C”; and

WHEREAS, the death and destruction already wrought by current average global warming of 1 °C demonstrate that thc Earth is already too hot for safety and justice, as attested by increased and intensifying wildfires;floods,rising seas, diseases, droughts, and extreme weather; and

WHEREAS, in October 2018, the United Nations released a special report which projected that limiting warming to even the dangerous 1.5°C target this century will require an unprecedented transformation of every sector of the global economy by 2030: and

WHEREAS, the United States of America has disproportionately contributed to the climate and ecological emergencies and thus bears an extraordinary responsibility to rapidly solve these crises; and

WHEREAS, climate change will continue to make basic human necessities such as food, housing, health care, transportation and energy more expensive and difficult to obtain; and

WHEREAS, in July 2019, members of Congress introduced a concurrent Congressional resolution to declare a national climate emergency in the United States, calling for a “national, social, industrial, and economic mobilization of the resources and labor of the United States at a massive scale to halt, reverse, mitigate, and prepare for the consequences of the climate emergency and to restore the climate for future generations”; and

WHEREAS, restoring a safe and stable climate requires a Climate Mobilization, an emergency mobilization on a scale not seen since World War 11 in order to reach zero greenhouse gas emissions across all sectors ofthe economy; to rapidly and safely drawdown and remove all the excess carbon from the atmosphere at emergency speed and until safe, pre-industrial climate conditions are restored; and to implement measures to protect all people and species from the consequences of abrupt climate breakdown; and

WHEREAS, such necessary measures to restore a safe climate include:

a)  A rapid, just, managed divestment and phase-out of fossil fuels; and

b)  Ending greenhouse gas emissions as quickly as possible to establish a zero-emissions economy; and

c)  A widespread effort to safely drawdown excess carbon from the atmosphere; and

d)  A full transition to a regenerative agriculture system; and

e) An end to the Sixth Mass Extinction through widespread conservation and restoration of ecosystems; and

WHEREAS, justice requires that frontline and marginalized communities, which have historically borne the brunt of the extractive fossil-fuel economy, participate actively in the planning and implementation of this mobilization effort and that they benefit first from the transition to a climate-safe economy; and

WHEREAS, the massive scope and scale of action necessary to stabilize the climate and biosphere will require unprecedented levels of public awareness, engagement, and deliberation to develop and implement effective, just, and equitable policies to address the climate emergency; and

WHEREAS, to slay within 1.5 degrees Celsius, niajor cities throughout the world will need to significantly reduce their per capita emissions by 2030, and as a global city, Chicago is obligated to lead by example; and

WHEREAS, lhe 2008 Chicago Climate Action Plan slates that. “Without rapid local and global action, impacts on Chicago’s climate could be adverse,” and thai “[l]he benefits of early action will improve quality of life and preserve Chicago for future generations”; and

WHEREAS, in 2017, the City ofChicago organized global leaders to sign onto the Chicago Climate Charter, with more than 50 cities worldwide, pledging to reduce carbon emissions in line with the Paris Agreement and committed to reaching 100% renewable energy for all electricity used in municipal buildings by 2025; and

WHEREAS, the City of Chicago continues to endure myriad effects of climate change, including bul not limited to catastrophic lakefront erosion, citywide fiooding.and severe unseasonal weather; and

WHEREAS, in 2019. members of City Council have called for the re-establishmenl ofthe Department of Environment to oversee the implemeniation of climatc-relalcd policies and programs: and

WHEREAS, our communities can display their resilience by creating and executing emergency planning that is tailored to address direcily the irue scope of the challenges we face; now, therefore,

BE IT RESOLVED, the City of Chicago hereby declares a state of climate emergency that threatens thc health and well-being of Chicago, its inhabitants, and its environment; and

BE IT FURTHER RESOLVED, City Council will work with the Mayor’s office and city departments to develop a budget that promotes urgent climate action; and

BE IT FURTHER RESOLVED, the City of Chicago calls on the State of lllinois, the United States Congress, the President of the United States, and all govemments and people worldwide to declare a climate emergency, initiate a Climate Mobilization to reverse global warming and the ecological crisis, and provide maximum protection for all people and species of the world; and

“Mayor Lightfoot is committed to a proactive environmental agenda that puts equity at its center and prepares Chicago to protect all of its communities, especially those most vulnerable, from pollution and other threats to our shared environment. In order to meet an ambitious climate agenda, the administration is currently in the process of hiring a Chief Sustainability Officer (CSO) who will ensure a dedicated focus on current climate and environmental issues from the Mayor’s Office. The CSO will work alongside the Committee on Environmental Protection and Energy as well as community stakeholders to develop forward-looking policy solutions that focus on equity and which will focus on protecting the environmental health all of our communities for the future.”