Giuliani Invited To Spill Beans On The Bidens In Senate Testimony

Giuliani Invited To Spill Beans On The Bidens In Senate Testimony

Rudy Giuliani has been invited to share his Ukraine findings with the Senate Judiciary Committee - after President Trump's impeachment trial, according to the panel's chairman, Lindsey Graham (R-SC). 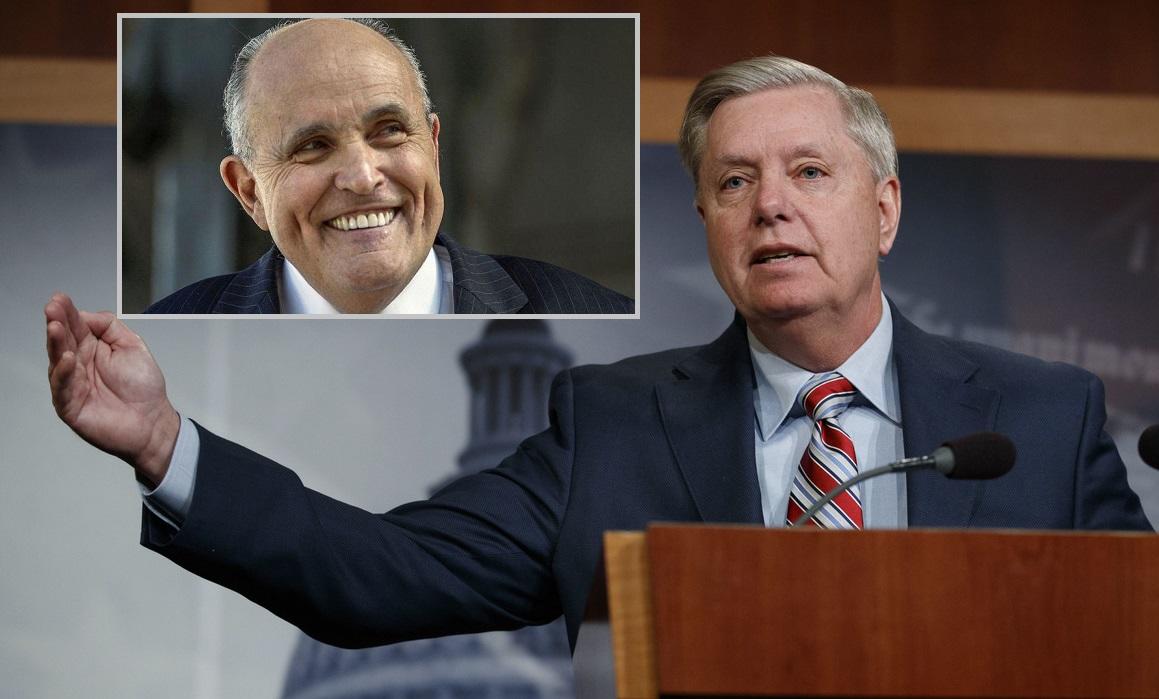 In other words, potentially devastating evidence against the Bidens which is integral to the genesis of the entire impeachment effort won't be aired until after Graham's 'witness-less' trial, in order for the impeachment to "die quickly," as Graham put it last week.

Appearing on CBS's "Face the Nation" Sunday, Graham said that Giuliani could appear before the senate panel 'separately' of the impeachment trial.

"Well, I don't know what he found, but if he wants to come the Judiciary Committee — Rudy, if you want to come and tell us what you found, I'll be glad to talk to you. When it comes to impeachment, I want to base my decision on the record assembled in the House," said Graham.

It's clear Graham is giving as much cover to Biden as possible.

The South Carolina Republican began by saying that Joe Biden "is a friend," and "one of the most decent people I've ever met in my life," before laying out that it would be hard to go back and tell his constituents "to ignore the fact that Hunter Biden received $50,000 a month from a gas company in Ukraine, run by the most corrupt person in Ukraine, and two months after the gas company was investigated, the prosecutor got fired."

"I don't know if there's anything to this. I hope not. I hope I can look at the transcripts of the phone call between Biden and the Ukraine."

“I love Joe Biden, but none of us are above scrutiny. I'd like to knock all this off and get back on governing the country," @LindseyGrahamSC says of @JoeBiden: https://t.co/aRHlcH9Hcj pic.twitter.com/hze4f8g0GI

As we noted on Saturday, Giuliani has been in Ukraine for the last several weeks interviewing witnesses and gathering evidence against the Bidens and investigating claims that Kiev interfered in the 2016 US election in favor of Hillary Clinton.