Shares soared 18% on the news. 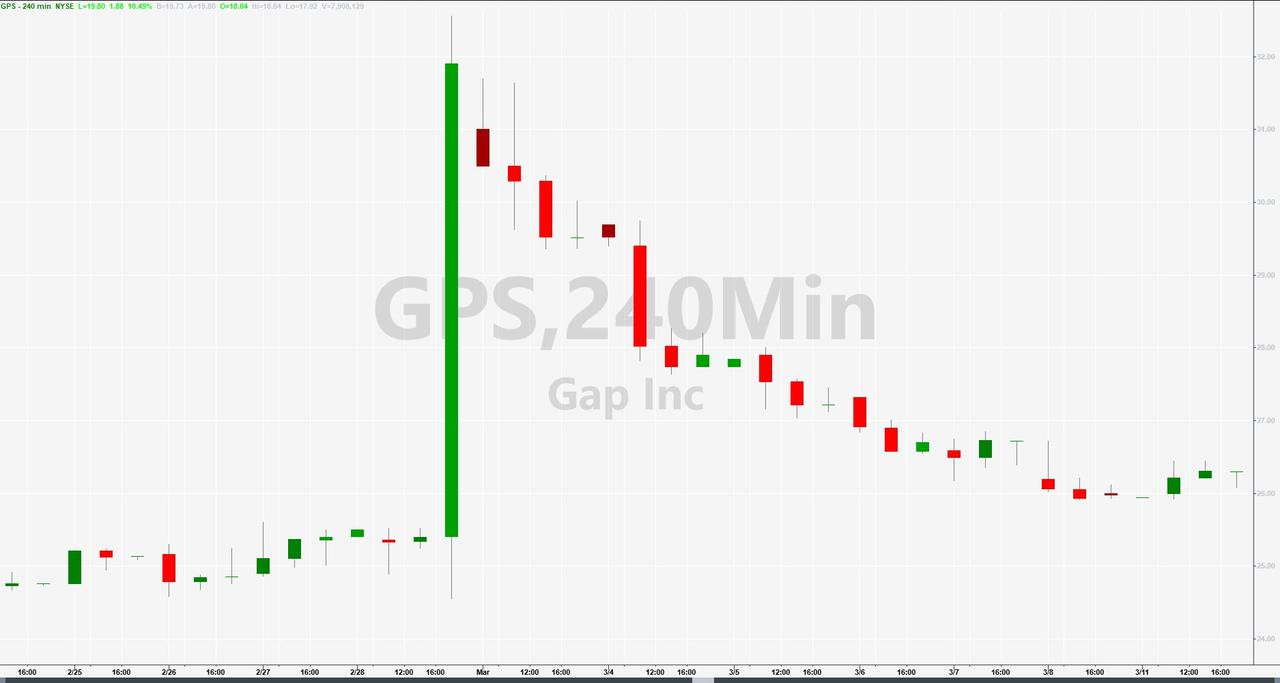 Tonight, after hours, Gap has issued a statement that it is scrapping plans to spin off its Old Navy brand.

"The work we've done to prepare for the spin shone a bright light on operational inefficiencies and areas for improvement," said Gap chief executive Robert Fisher, adding that the company has "learned a lot" and intends to operate in a manner that "empowers our growth brands, Old Navy and Athleta." 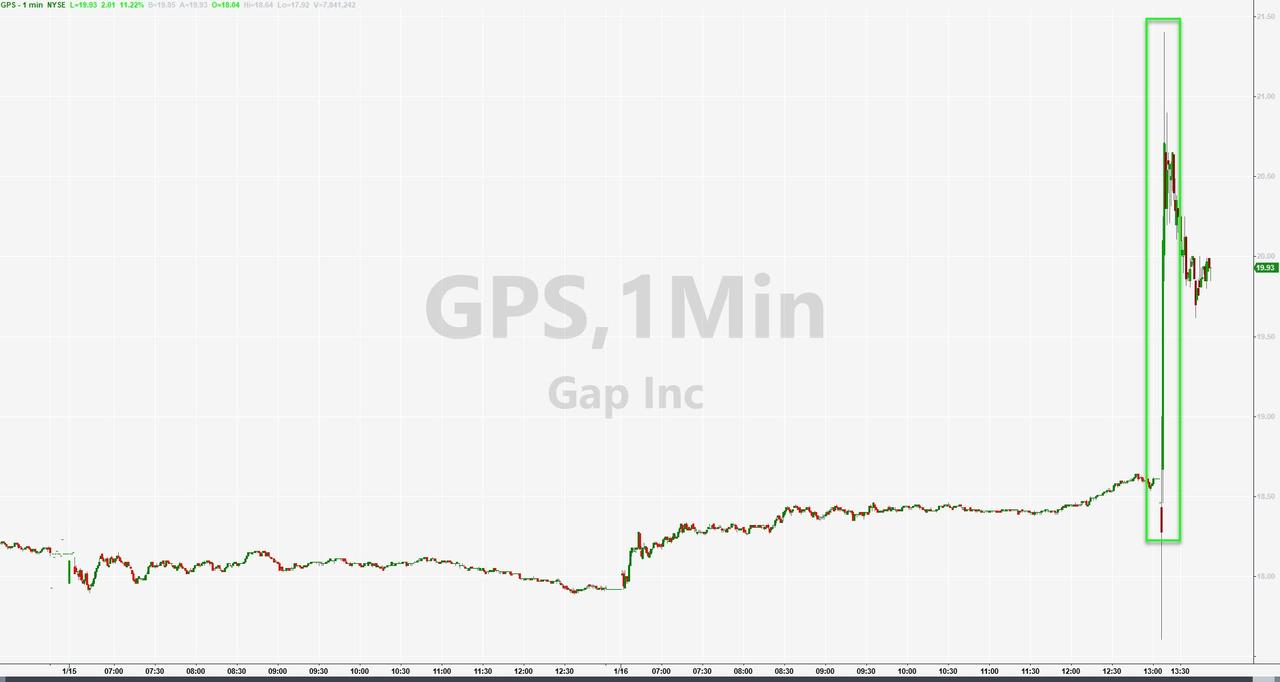 This is the 'market' you are trading in... 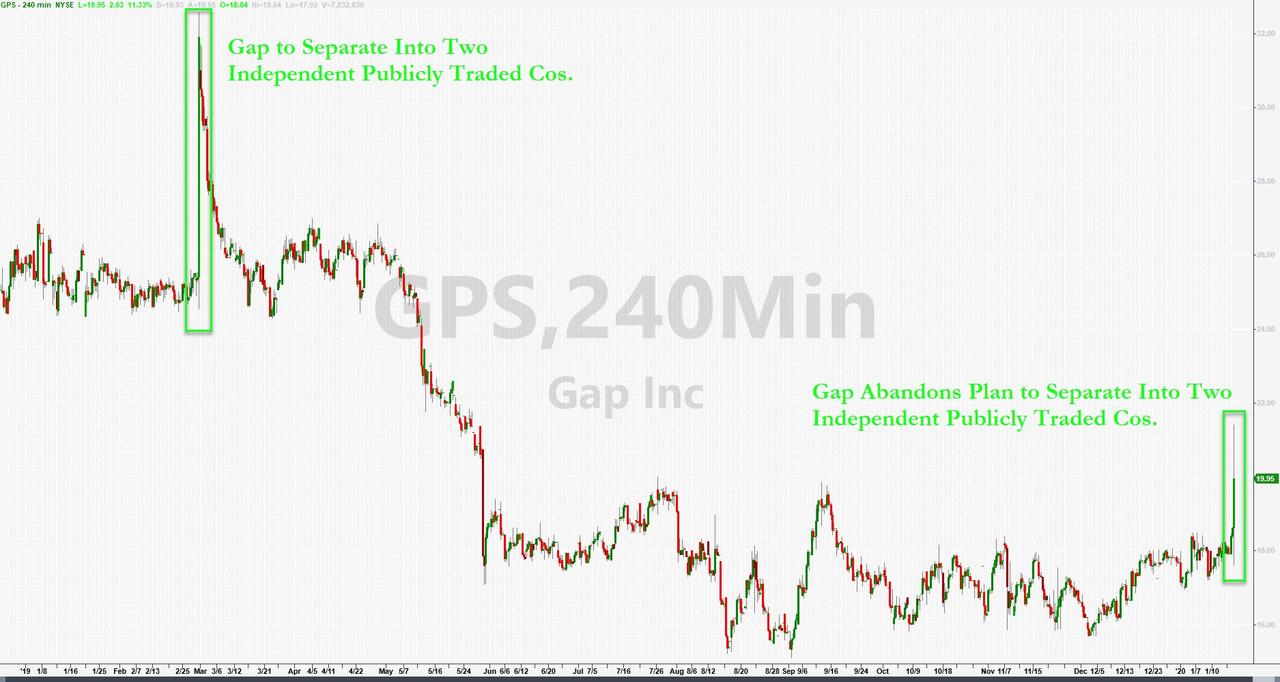 So... a 360-degree roundtrip, with the company back right where it started, but in the process it gained over 30% on two mutually offsetting events. And that's why we give thanks for algos and millennial "investors" every day.