Amidst the nonsense, folly and euphoria of the last decade long bull market, a small beacon of hope shines in the form of Warren Buffett's business partner.

These days, the reporting of financial metrics has wandered so far off the path from normal GAAP earnings that's it's difficult to keep up with companies and decipher their earnings reports each quarter. The SEC has done little to create uniformity for investors in how companies disclose their financials and, through their lack of action, have created a fertile environment for companies to report what Charlie Munger calls "bullshit earnings".

And you know things have gotten bad when the mindless drones bidding up the market over the last decade were forced to call out WeWork's "community adjusted" metrics, puking the company's IPO back to its investors before ridiculing the way the company was making its pre-IPO disclosures in the weeks after.

And now, one of the most well know investors in the world, Charlie Munger, is weighing in. Yesterday, Munger slammed companies that use "adjusted EBITDA" to report their earnings, calling the metric exactly what it is: "bullshit earnings". 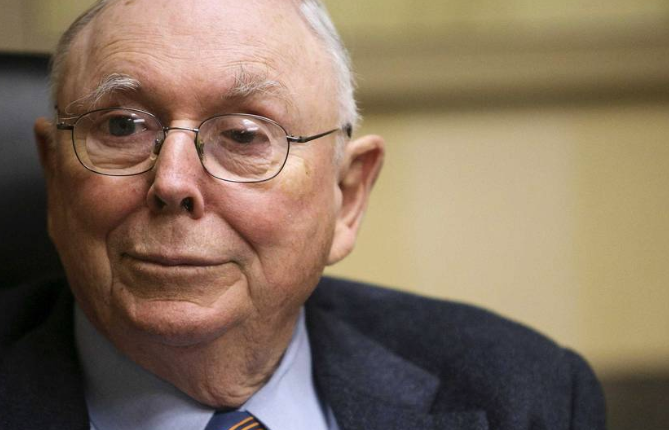 Munger said that the metric is "ridiculous" and isn't an accurate measure of a company's profitability, according to a report by CNBC.

He commented: “I don’t like when investment bankers talk about EBITDA. It’s ridiculous. Think of the basic intellectual dishonesty that comes when you start talking about adjusted EBITDA. You’re almost announcing you’re a flake.”

The conversation came up as a response to Uber, who last week said it would be raising its "EBITDA profitability" target for the forth quarter of 2020. The stock jumped as a response. Munger made the comments as part of a broader warning on Thursday at the Daily Journal annual shareholders meeting.

He commented: “I think there are lots of troubles coming. There’s too much wretched excess. In China, … they love to gamble in stocks. This is really stupid. It’s hard to imagine anything dumber than the way the Chinese hold stocks.”

In addition, the 96 year old Munger said he believes that the innovation boom that he has experienced over the course of nearly a century could be coming to an end.

He concluded: “I do think that my generation had the best of all this technological change. I don’t think we’re going to get as much improvement in the future because we’ve gotten so much already.”