Warren Buffett's Berkshire Hathaway does not make many changes in its long US stock portfolio, which is why when there are previously unannounced changes, it tends to make waves. And sure enough, the reason why both supermarket chain Kroger and biotech company Biogen are higher after hours, is because according to Buffett's just released 13F for Q4 2019, as of December 31, Berkshire had bought new stakes in both Kroger and Biogen (of 18.9MM and 648K shares, respectively), as well as purchasing a nominal amount of both the SPY and VOO S&P500 ETFs (yes, even the Oracle is now entering the passive investing game).

In addition to these new positions, the Berkshire portfolio, which as of Dec 31, 2019 had a nominal value of $242.1BN, up from $214.7BN as of Sept 30, made some other changes to its holdings, including a modest reduction in its top two positions, Apple (sold 3.7MM shares) and Bank of America (sold 2.2MM shares). Berkshire also sold 55.2MM shares in Wells Fargo, 1.1MM shares in Bank of New York, and 6.3MM shares in Goldman in what appears to have been a broad selling across the financial sector.

At the same time, Berkshire added 2.7MM shares to its GM position, and also purchased 11.5MM shares in Occidental Petroleum and 4.3MM shares in Suncor as Buffett appears to have been adding to "deep value" E&P companies, even as he sold 5MM shares in Phillips 66. 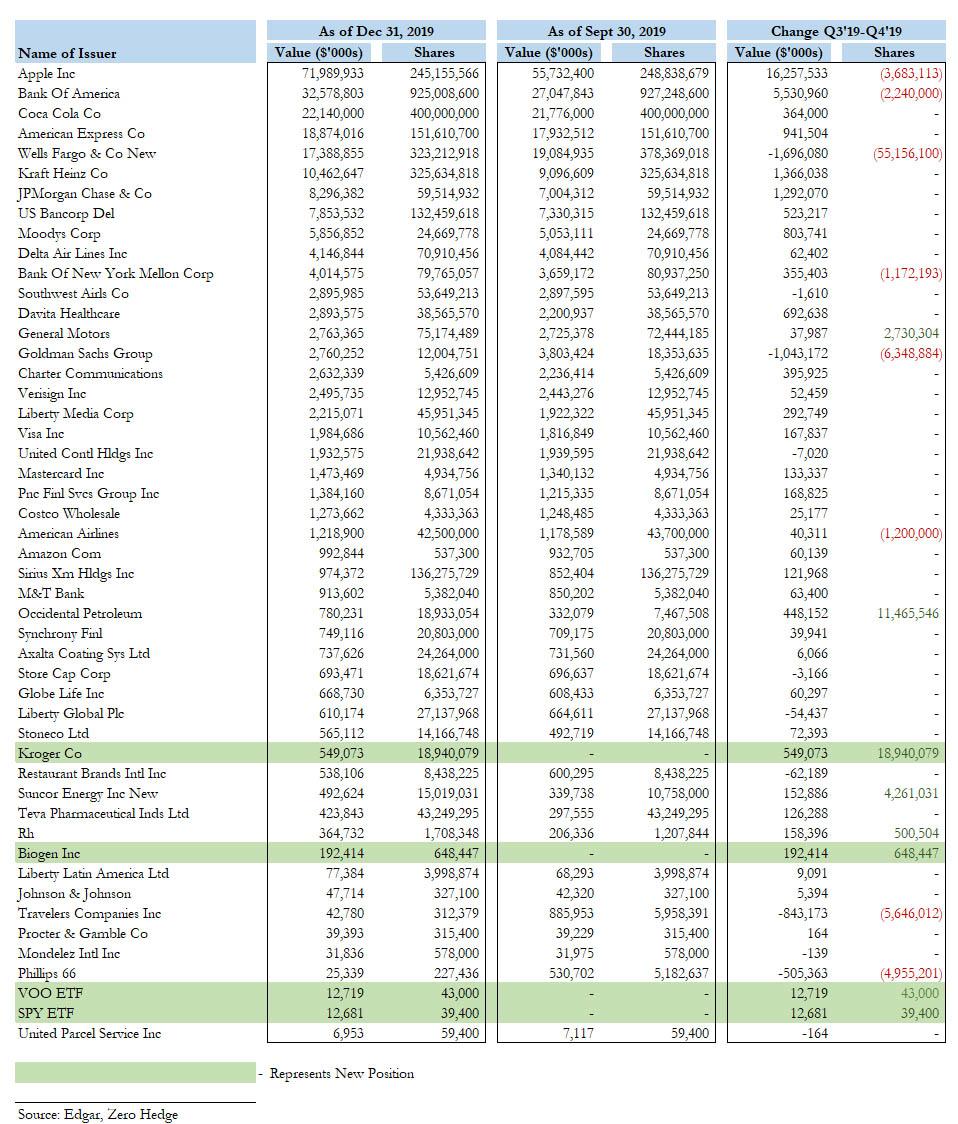