This is personal. Having watched a high school senior go through the college admissions process in California and witnessing 'odd' acceptances (and even more odd declines) among a diverse group of friends who have made sacrifices to live in good school districts and instilled a sense of responsibility in their children so that they will succeed in academia and in life, the following story confirms what many suspected (but did not want to believe in America's so-called meritocracy).

“We can’t sit on our hands and ignore the disparities of wealth reflected in the SAT,” claim college administrators.

The Wall Street Journal reports that The College Board assigns a so-called "adversity" score to every student who takes the SAT to try to capture their social and economic background. 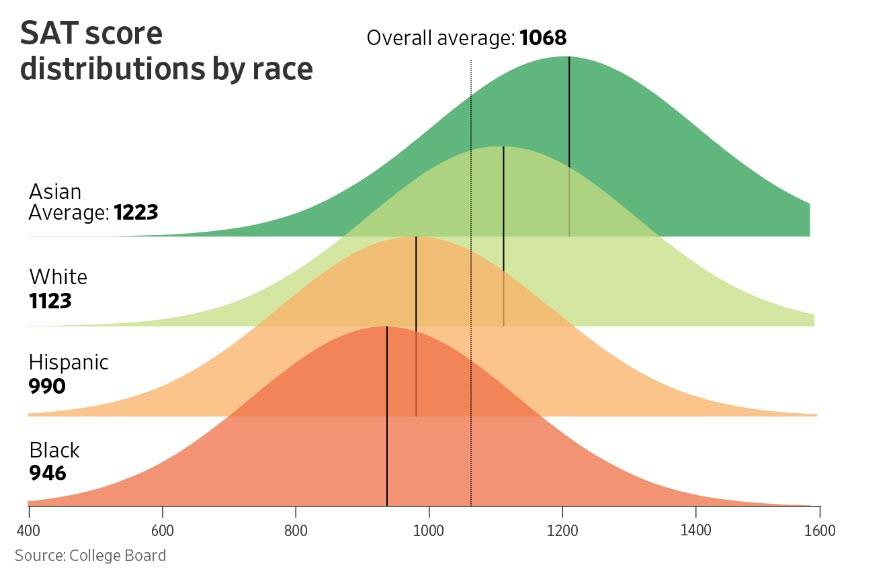 The Adversity Score is calculated using 15 factors including the crime rate and poverty levels from the student’s high school and neighborhood. 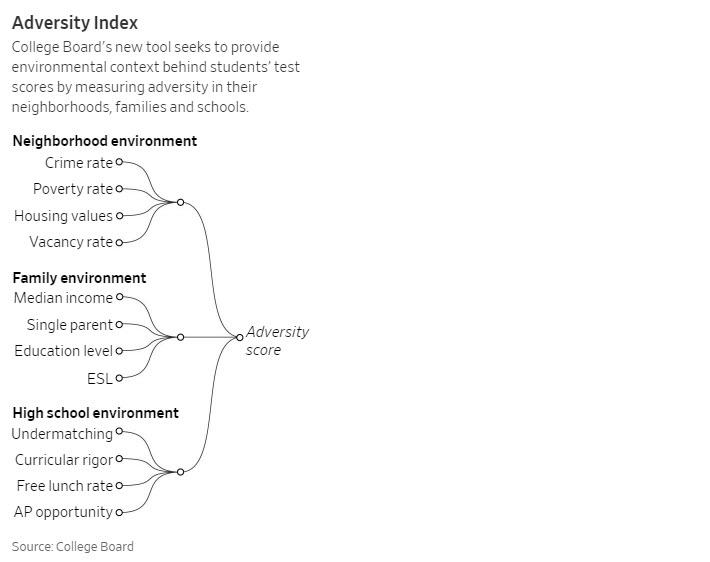 Students won't be told the scores, but colleges will see the numbers when reviewing their applications.

WSJ reports that fifty colleges used the score last year as part of a beta test.

The College Board plans to expand it to 150 institutions this fall, and then use it broadly the following year.

Yale University is one of the schools that has tried using applicants’ adversity scores.

“This [adversity score] is literally affecting every application we look at,” said Jeremiah Quinlan, the dean of undergraduate admissions at Yale.

“It has been a part of the success story to help diversify our freshman class.”

The College Board tried a similar effort two decades ago but quickly dropped it amid pushback from colleges, but the adversity score, by contrast, doesn't take into account race and is superior because it is steeped in more research, according to Connie Betterton, vice president for higher education access and strategy at the College Board.

However, with this Wall Street Journal article now confirming what many of us parents of college-bound kids have long suspected (and witnessed), having all our hard work (childrens' commitments and effort as well as parents' work hours and cost of living) discounted by an adversity score seems neither fair nor good for any society that pretends to be meritocratic?

“If I am going to make room for more of the [poor and minority] students we want to admit and I have a finite number of spaces, then someone has to suffer and that will be privileged kids on the bubble,” he said. 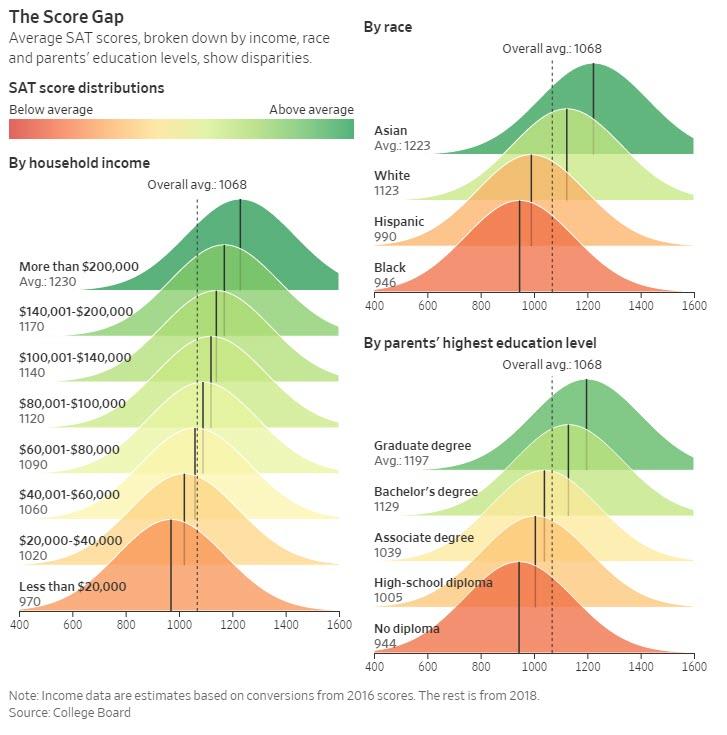 And got us wondering, how long before well-off, so-called 'advantaged' families start moving into poor lower-class neighborhoods for just long enough to benefit from the adversity score... making it even easier to game the system for the wealthy? (Easier than paying off cheats to take SATs or bribing soccer and crew teams for entry).

"Education by its nature is supposed to be elitist, the better you preform the greater your opportunities. This is just madness, it undermines the entire point of selective admission to institutions of higher education."

This unbelievable factor in the college admission process discriminates against hard-work and true academic achievement when America, as a nation, is rapidly sliding down the global scale of intelligence as it is.

As The Council of Foreign Relations detailed, among people ages 55 to 64, Americans rank first in the percentage who’ve earned high school degrees and third in those who’ve earned college and graduate degrees. But Americans ages 25 to 34 only rank 10th in the world in high school diplomas, and they’ve dropped to 13th in attaining post-secondary degrees. 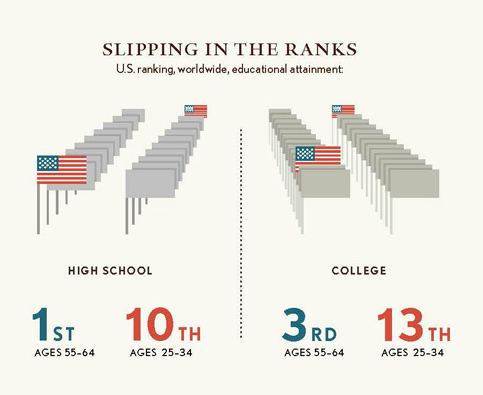 It’s not that 25-to-34-year-olds are less educated than boomers: 88 percent of them earned high school diplomas, compared with 90 percent of boomers, and they actually managed a tiny edge – 42 percent to 41 percent – in post-secondary degrees. The real problem is that they’re slipping in relation to their global counterparts.

Paradoxically, younger Americans are entering college at a higher rate – 70 percent – than the boomer generation managed. In 1970, only 48.4 percent of high school graduates went on to higher education, according to a study published in 2010 in the American Journal of Applied Economics. But that edge is negated, because fewer than half of today’s students manage to stay in school and earn degrees, a slightly lower completion rate than boomers.

Finally, one wonders if the graduation rate is going to be monitored between the high and low student's adversity scores? If not, why not? It would seem that without such information no valid evaluation of the program can be made. And as Mark Soane concludes:

"The SAT was the last bastion of objective measurement in the sea of subjectivity that makes up a college application.  It is profoundly disappointing to see that the SAT is now subject to the same identity politics bias that everything else is in college admissions.  The SAT and the ACT were the best predictors of college preparedness.

If you debase the results, you will get one or all of the following:  higher dropout rates; debased teaching standards, resentment and distrust among students."

How do we look our kids in the eyes, urge them to work their hardest, study endlessly, never stop trying because that's what counts in America... and then apologize for reducing their chance of making it to their dream school by daring to live in a low-crime, low-poverty, high-cost, two-parent home.